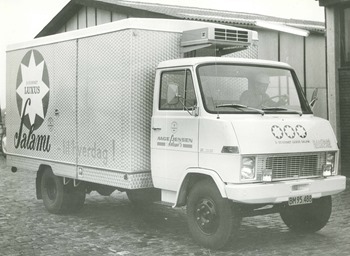 As a skilled butcher, Aage Jensen had great interest in the salami production. He experimented with his passion for salami and drove around in his delivery van selling sausages.

After focusing on the development and production of sausages in the first 20 years of business, he decided to provide the products with a brand name in the early 1970s. This became the infamous brand 3-Stjernet. The name came about over a nice dinner between Aage Jensen and his son-in-law Steen Kramer, and additionally, the name was strongly inspired by the name of the nice bottle of brandy that was served at the dinner. 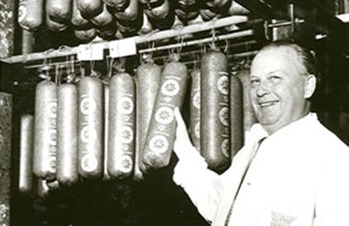 Throughout the decade, 3-Stjernet launched a series of campaigns regarding “The Little Difference”.The campaigns helped to cement the popularity of the sausage and the new brand name. And in 1978, 3-Stjernet revolutionised the market by launching cold cuts and presenting it in a so-called table-packet version. This idea was both innovative and defining for the years to come. 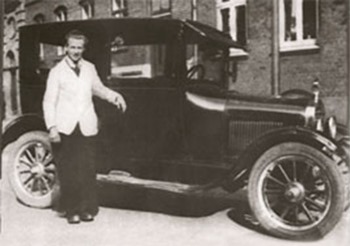 In the 1990s, 3-Stjernet expanded its selection to consist of a long list of classics which are still popular today. The selection spans most types of cold cuts that are to be found on a Danish lunch table – among here you find salami, sliced ham and rolled seasoned meat. The original red and white salami is still produced from Aage Jensen’s original recipe and production method.

1965: Aage Jensen’s son-in-law Steen Kramer joins the company, and the company starts to export their products – in the beginning mostly to England and France

1967: Aage Jensen takes over Horsens Offentlige Slagtehus and converts it into a house of salami production

1978: 3-Sternet revolutionise the charcutier-industry by launching sliced salami in a packet

1981: The selection of cold cuts is expanded with the introduction of a salami free of colour. This quickly becomes the Danes’ favourite salami.

1988: As the sales rise, the first phase of a new factory in Hansted is utilised

1994: The sales vans are abolished, and delivery now goes to the customers’ central warehouses