“Either we do it properly, or we don’t do it at all” 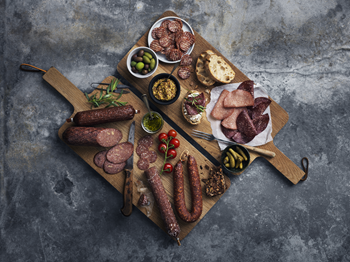 With an uncompromising attitude towards quality, we have developed specialties that are out of the ordinary for generations. Always by focusing on the basic ingredients, to refine the taste experience and the good handwork of a butcher. We are passioned about and proud of what we do, and our customers only deserve the best.

The products of Aalbæk Specialiteter lead to enjoyment. Both when it comes to taste and in social gatherings when eating together.

1930: Shops in Givskud, Vejle and Thyregod

1989: Third generation of the Aalbæk family becomes a part of the company

1990: Starts organic production as the first company in Denmark

2006: Exporting sausages to Europe, such as Germany and France, among others.

2007: Receives an Honorary diploma from The Danish Gastronomy Academy 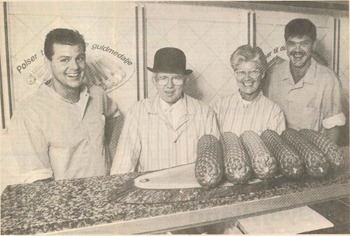 Today, Peter Aalbæk is the creative force behind the company. As third generation of the Aalbæk family, Peter combines the classic butcher handwork with the new culinary opportunities that the 21st century has to offer.

The innovative desire has always been a part of the Aalbæk family, and when Peter Aalbæk joined in 1986, he carried out a new vision. He focused on organic products, which has led to Aalbæk Specialiteter being one of the biggest manufacturers of organic cold cuts in Denmark today. Learn more about Aalbæk Specialiteter in our product selection and be inspired by tasty recipes.

Learn more about Aalbæk Specialiteter in our product selection and be inspired by tasty recipes.